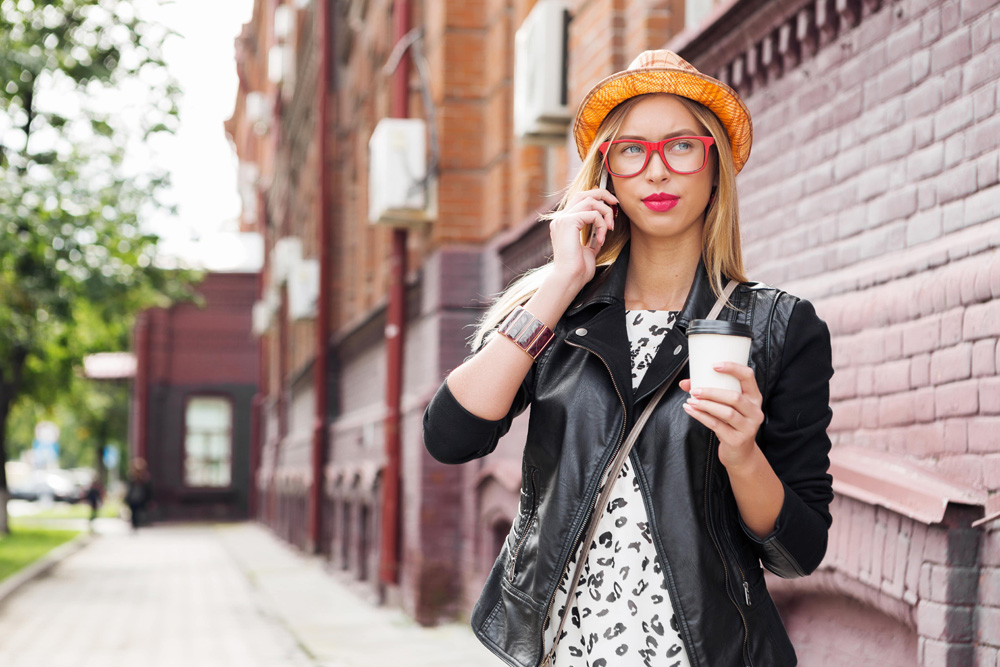 How to use fun dating apps to make life fun

“Dating is important, but reproduction is optional.” That’s my motto.

I’m a fun-loving woman and I always look for fun in life, including using fun dating apps to improve the quality of my love life.

• It’s okay to look for something casual.

I remember last year I read a book about how to get rich. That author writes, “Rich people don’t waste their time dating people that they know they won’t marry.”

Personally, I’ve certainly dated people that I knew I wouldn’t marry. But those people helped me to get rich as well.

For example, in 2018 I joined a fun dating app and I met a rich guy, a successful businessman in my local area. He took me to the best restaurants and movie theatres. At the end of each date, he gave me cash. And I didn’t even sleep with him.

He even took me to Soho House in New York City once and I met celebrities there.

But every time I went out with him, it felt like a date. The maximum that we did was holding hands. And that was all. We didn’t get really physical.

I like the fact that he was holding my hand in public. Obviously, we live in a big city where there are many people, so the chance for his wife to see us was very small.

Also, when a man is attracted to a woman, his logical brain can be switched off, too.

That relationship felt like an arrangement – I gave him a good time & he gave me cash. That’s why joining a fun dating app to meet people that I know I wouldn’t marry isn’t a waste of time.

By the way, he didn’t cheat on his wife because he never slept with me. He just had a friendship with me which included some sexual tension. Later on, he told me that his marriage with his wife has become better because he felt more relaxed and less bored due to his arrangement with me. In contrast, before he met me, his marriage was just too boring. And now he has become more creative in his marriage as I’ve shown him many interesting things in this world as well.

Even if you don’t get paid for hanging out with a rich man or woman, you can still date for fun on a fun dating app – entertainment is also valuable, as evidenced by the fact that when we play like children again, our anxieties disappear naturally.

Only on fun dating apps can you afford to experiment with different dating styles, because if you are looking for a serious relationship, you’d better stick with what you’ve proved to be right.

A few years ago, I read Tosha Silver’s Outrageous Openness in which she talks about the importance of going out at random – don’t follow your daily routine and just do something different at times. Life will become different and better as a result.

So, I did it. And I have met some very cool people. Not every one of them was my cup of tea, but we had fun.

Some of those guys have become my friends. Personally, I think sleeping with someone isn’t hard. Making a friend is much harder.

Apparently, fun dating apps have offered a lot of good value to me – when we are not thinking about looking for a long-term relationship, we feel less stressed. As a result, we are more able to relax and find real fun & make good friends online and offline.

This morning I woke up before 8am, so I decided to go out for breakfast. Instead of cooking at home first thing in the morning, I changed my routine: I went to the restaurant of a big hotel nearby. That restaurant offers buffet breakfast in a cozy environment. I’m very impressed.

I paid $25 for my breakfast & the waitress gave me a cup of hot chocolate for free. I enjoyed the fruit, the mushrooms, the tomatoes, the bacon, the eggs and the bread. It was divine.

Twenty minutes later, when I was about to leave the restaurant, I saw someone familiar sitting near me – that guy is someone that I met on a fun dating app several months ago.

We went out for a few times together. We didn’t establish a real relationship. Because it was just a fun dating app, we were just hanging out. We didn’t even go to bed together.

Actually, I’m not a huge fan of sleeping with random guys. I’d rather hang out with them without going to bed with them.

Today when we met each other again in that restaurant, we were very happy to see each other again. We were chatting for ten minutes and then he says, “Let’s go to XYZ bookstore together.”

So, I went to the bookstore with him. He told me that when he was younger, he used to read books for free in that bookstore because he didn’t want to buy books.

“Why didn’t you borrow books from the library?” I asked him.

Because I have a Book Lover loyalty card, I chose three damaged books for free today! Frankly, these three books are in relatively good condition.

That’s the beauty of meeting someone on a fun dating app and having more fun even several months later.

Without this guy, I probably wouldn’t go to that bookstore today. In fact, most people would miss out on something like that because they rarely do anything outside their routine.

• Spontaneity is the key to enjoy fun dating apps.

Honestly, I’m not really looking for someone to marry me. I am not particularly interested in marriage. I think life is too short to live on someone else’s terms. And I certainly don’t want to live for the society’s expectations.

I remember when I was watching Friends on TV, Monica was on a date with a guy. She said, “I think I want kids because that is the expectation of the society.”

From that moment on, I have decided that I only want to live my life on my terms. That’s why I prefer fun dating apps rather than serious dating apps.

Don’t get me wrong. I don’t have anything against people who choose serious dating apps. I think it’s perfectly okay if you want to get married and have children. Actually, if that’s your goal, you should totally do it.

I’m just saying marriage isn’t for me. I don’t like responsibilities. Life is short. I want to have fun when I still can.

Some of my friends are married, and they rarely have time to enjoy themselves because they are always busy with household chores and children. Once you’ve become a parent, you have to be a parent for the rest of your life. It’s a serious decision.

I think I’m the most spontaneous person that I know, so I’d better choose a childfree lifestyle without a husband. That’s just my choice and my decision.

Some women have written letters to me, asking me to comment on “the childfree happily ever after”. Many women have difficulty finding husbands in this day and age, so they are concerned and begin to wonder maybe a childfree ever after isn’t a bad idea.

I recommended several fun dating apps to those women who trust me. I think I should share the joy with all women who don’t want to be married or become mothers. There is nothing wrong with this unconventional way of life.