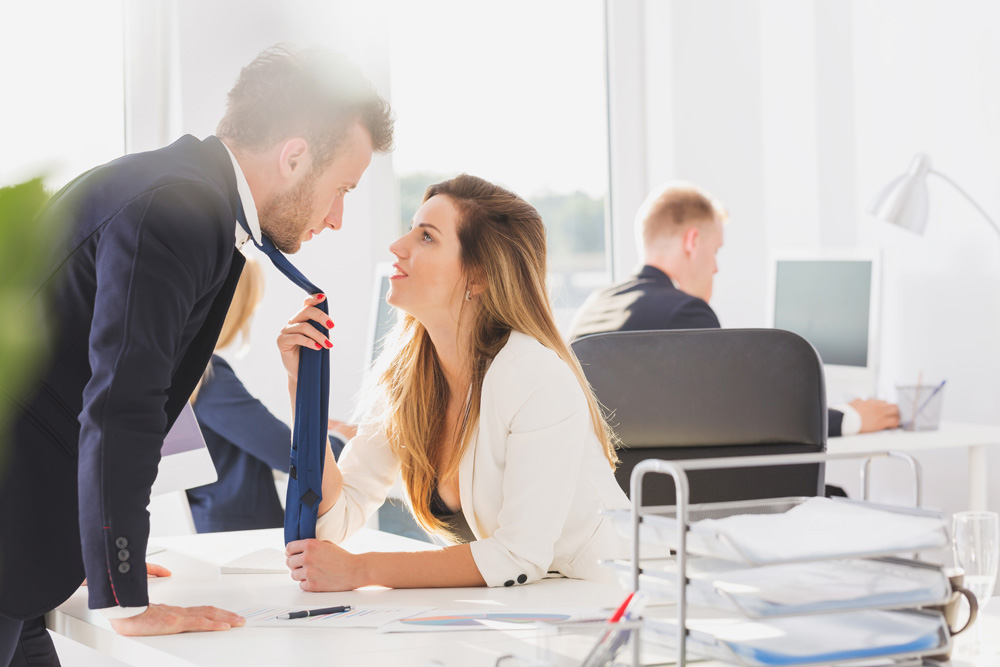 Harry and Lily met each other a while ago and now they are seeing each other. However, in western culture, dating is more about seeing different people without getting into a committed relationship these days. Because Harry doesn’t promise Lily anything, it seems that Lily is probably still on the wealthy dating app that they met. Well, now both Harry and Lily have some interesting dating tips that they can teach you.

• Why rich man Harry doesn’t want to settle down yet: The real reason why wealthy men don’t want to settle down is that they need variety and excitement in life. Most men associate a long-term relationship with lack of variety. That means it’s not a serious relationship that turns men off; it’s the mental associations with a serious relationship that turns men off. Since Harry had several boring relationships in the past, he really enjoys his single life right now. Another reason why Harry hasn’t found the one yet is because most hot women that he has met doesn’t speak the same money language with him, meaning Harry is a successful man with a lot of money and he knows how to manage money & how to invest, but most pretty women around him have no idea in this regard. The majority of pretty girls only know having a day job, getting paid, going shopping, paying bills and saving a bit – and that’s it. At the end of the day, money is an important element in the dynamics of a long-term, serious relationship; therefore, Harry is still looking for the right woman to rock up and he hasn’t given up on the millionaire dating app. Is Lily his Miss Right?

• Lily is definitely still on the rich men dating app. On each and everywealthy dating app, there are always more gorgeous women than wealthy men, so it’s more important for Lily to stay online as often as possible – the competition is increasingly stiff and she knows it! This time, Lily has added more photos to her dating profile’s photo album. In fact, she hired a boudoir photographer to take some sexy photos for her (but not naked photos) and then uploaded those sensuous images to her photo album of her dating profile on that millionaire men dating app. Lily’s skin looks dewy and soft in her photos. As she is browsing hundreds of rich guys’ dating profiles, she suddenly saw a photo that looks slightly familiar… Wait, isn’t that Harry’s “dudeoir” photo? When she clicked on that image, she realized that Harry went to a professional studio and had his “dudeoir” photos taken, so now he updated his dating profile as well! Apparently, both Harry and Lily are still on the same elite dating app , although they are seeing each other in real life.

• Harry and Lily’s new conversation on the top dating app:

Lily: Thanks. I went to a studio and had my boudoir photos taken. And I guess you did the same?

Harry: Well, technically, yes. But realistically, I wouldn’t say my photos are also boudoir photos because obviously I’m a guy!

Lily: I agree. So, I’ll call yours “dudeoir” photos instead. Ha!

Harry: Shall we meet tomorrow night? I’m taking you to the top-notch restaurant in Manhattan. How about 6pm tomorrow?

Lily: Can we do it on Saturday night? I’ll have an important meeting tomorrow evening. Sorry about that.

Harry: Yes, Saturday night is fine. See you at 6pm this Saturday.

Lily: Thanks. See you!

As a matter of fact, Lily can see Harry tomorrow night because she doesn’t really have a plan for a meeting. But Lily doesn’t want to let Harry feel that she is too available, so she asked Harry if Saturday night is okay while chatting on the high-end dating app. In this way, Lily is teaching Harry how to treat her – if he wants to ask her out, he must make plans several days beforehand!

Tonight, I took Lily to the top-notch restaurant in Manhattan. It is said that many celebrities frequent this fancy restaurant. Actually, we really saw several movie stars while eating there tonight.My No. 1 dating strategy is to let a hot woman talk while I listen to her. The easiest way to get a pretty lady is to let her talk. The more she talks to me, the more she invests in me. That’s female psychology. What’s more, when she opens up to me, she basically talks about herself. Everyone’s favorite topic is themselves, especially women! I have a very good understanding of gorgeous girls, and I know how to get them. In fact, I’ve slept with 128 hot women already. Having said that, I think Lily is slightly different from most pretty ladies because she appears to be much more attractive, alluring and irresistible . When she is talking, I’m imagining inserting my hard Johnson into her luscious lips because her lips are so full and so sensual. I rarely have this feeling when I talk to an elegant woman previously, so I guess Lily must be a very special girl among so many sexy women on the best dating app. Anyway, the real reason why I took her out for a fancy dinner is because she gave me a mind-blowing blow job the other day in my office – I think buying her a fancy dinner should be the right reward.