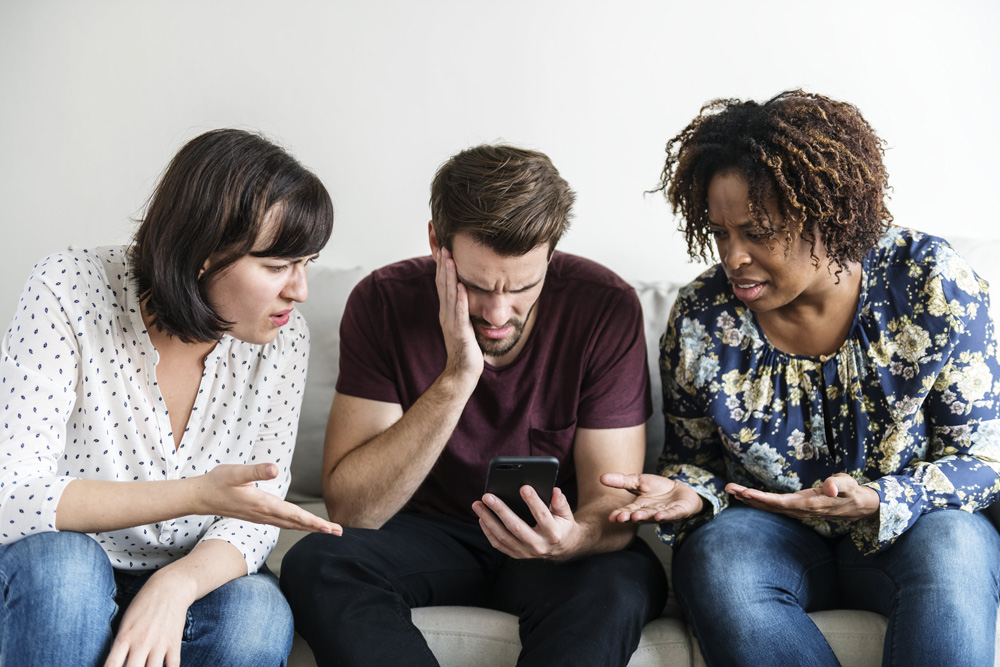 As a single woman in my 30s in Australia, I’m not alone. There are many more women who are single in this country because “man drought” is real in Australia. Statistics in February 2014 show that there are at least 100,000 more women than men in Australia, and this situation is getting more and more severe these days.

No wonder the conversion rate of most trusted dating apps is higher in Australia.

• Many men have disappeared in Australia. In fact, there are more male babies born than female babies each year, but there are more men than women until around age 35 in Australia. The main reason men leave Australia is because they move overseas to work . Due to the global workforce flow, a large number of Australian men between 35 and 65 have moved overseas in order to get better career opportunities. For example, James Marshall (CEO of The Natural Lifestyle) has moved his company from Australia to Europe completely, partly because there aren’t enough resources in Australia, and partly because European women are hotter in his opinion. Meanwhile, businesses have to pay relatively higher taxes in Australia, so a lot of companies are moved to countries where taxes are lower. Most business owners are men; thus,small wonder there are more women than men on free dating apps in Australia. This is quite unusual because most popular dating apps should have more men than women.

• Most single women in their 30s are concerned. I don’t need to explain why Carrie Bradshaw, Samantha Jones, Charlette York and Miranda Hobbs are so popular amongst female audience – there are lots of single women in their 30s looking for love & this is a very difficult mission for most of them. Therefore, the message on that famous TV show really resonates with a lot of single women who are struggling in their love lives. I participated in some personal development courses over the years and I’ve met many single women in their 30s from those courses – almost every one of them is anxious, concerned and worried because they are single. Their biological clock is ticking; they might be permanently childless after a certain window; they urgently need to get married and have kids. Although I’m also a single woman in my 30s, that’s not how I operate because I am not a fan of children. Don’t get me wrong. I don’t hate children. I’m just not a fan. In my opinion, I only live once; hence, I should make the most out of my life by having as much freedom as I can. I’m childless by choice. Or perhaps I should say I’m child-free. Unlike some of my female friends who cry every Christmas because they don’t have children and they desperately want to have children, I just do whatever I want every Christmas and I truly, madly, deeply enjoy my 100% freedom. Usually, Christmas is the best time for me to do some deep work because everyone is on holiday – my email Inbox is quiet – I can focus on my own work and get a lot of things done! I really love weekends and holidays when I am able to do my own thing without any distraction, e.g. writing, reading, etc. I’m not concerned because I just want freedom in my life, including financial freedom.

• Why do I still use the best dating apps? I use free dating apps for iPhone because I occasionally need some entertainment, i.e. men. Dating for relationships is very different from dating for entertainment. The majority of single women in their 30s are dating for relationships, so they have less free dom and oftentimes need to play games of manipulation with men in order to make those men theirs. In contrast, I date like a man – I wouldn’t say my love life is like Samantha Jones’s love life, but I would say my mindset is just like Samantha Jones’s mindset: empowered, independent, fun-loving and abundant. Yes, dating for entertainment is a bit like going to see a movie – I just have fun for two hours and that’s it. No pressure; no stress; no responsibilities. Life is good!

• Does that mean I don’t want a relationship at all? I’m the most down-to-earth woman that I know. I always weigh the pros and cons of a relationship and then decide whether I want to make it a long-term relationship or not. I know this isn’t the prettiest thing to say because we’d better use our right brain more often in dating and relationships. However, I’m happy to use my right brain to enjoy a short-term fling. But when it comes to starting a long-term relationship, I have to use my analytical left brain to assess whether this long-term commitment is worthwhile or not . Honestly, many people in their 30s get married just in order to have kids, and many senior daters in their 50s and 60s look for partners just for companion. There is nothing wrong with that. I believe that everyone should have their own right to choose what’s best for themselves. Hence, whenever I’m on the best dating app for Android or iPhone, I’m open-minded – I can have a short-term relationship with a hot man, and I can also start a long-term relationship with a high-value man that I actually love. Interestingly, most of my short-term lovers have become my friends even after our relationships ended, as we actually liked each other in the first place. That’s good for my social life because I have a finding: When my social circle has more women, I’m surrounded by more noises because most of those women want to talk about juicy gossip; by contrast, when my social circle has more men, I’m surrounded by more work opportunities because men generally have more resources career-wise and they are generous enough to share their resources with me. Please note that I’m not saying female friends are worse than male friends. What I’m trying to say is those female friends that I’ve had aren’t high-quality friends in my life, as most of them were jealous of my beauty and how much male attention I get. Of course, not all of them are like that, but honestly, my friendships with women are mostly one-way streets, i.e. they always wanted to use me as their free therapist or entertainer, yet whenever I needed some real help, they would always find reasons why they couldn’t help me. Nevertheless, all my male friends that I’ve met via the best dating apps for iPhone or Android are able to help me whenever I need help. That’s just my personal experience and observation , so what I’ve experienced can’t represent everyone’s experience.

• How I benefited from long-term relationships that started on free dating apps: I have had two long-term relationships with men that I met on reliable dating apps. The first relationship changed my life forever. Without that guy, I wouldn’t become a freelance ghostwriter. He introduced this new gig to me when I was dating him. That was how a new door was opened in front of me. I literally changed my career from a full-time school teacher to a freelance ghostwriter writing so many books and blogs. Lack of awareness is even more dangerous than lack of knowledge. Many people have knowledge and they can write quite well, but how many people can monetize their writing skills? Very, very, very few. Most writers that I know have never made a cent from writing – they make their money by teaching how to write. They are teachers rather than writers. But I’m a lucky woman because my ex-boyfriend is the person who introduced freelance ghostwriting opportunities to me a few years ago. Now I get paid very well: ghostwriting a book for a celebrity (with a mainstream publisher) usually brings me $40,000 – $50,000 and I only need to spend one month or two writing one book. That’s why every year, I only need to write two books and can enjoy my life for 8-10 months per year. If I never joined that free dating app, I wouldn’t have met my ex who opened a huge door for me. The second long-term relationship also changed my life – I met that guy on a popular dating app and he taught me how to invest my money. Now I’m able to make passive income without much effort, time, energy and men.