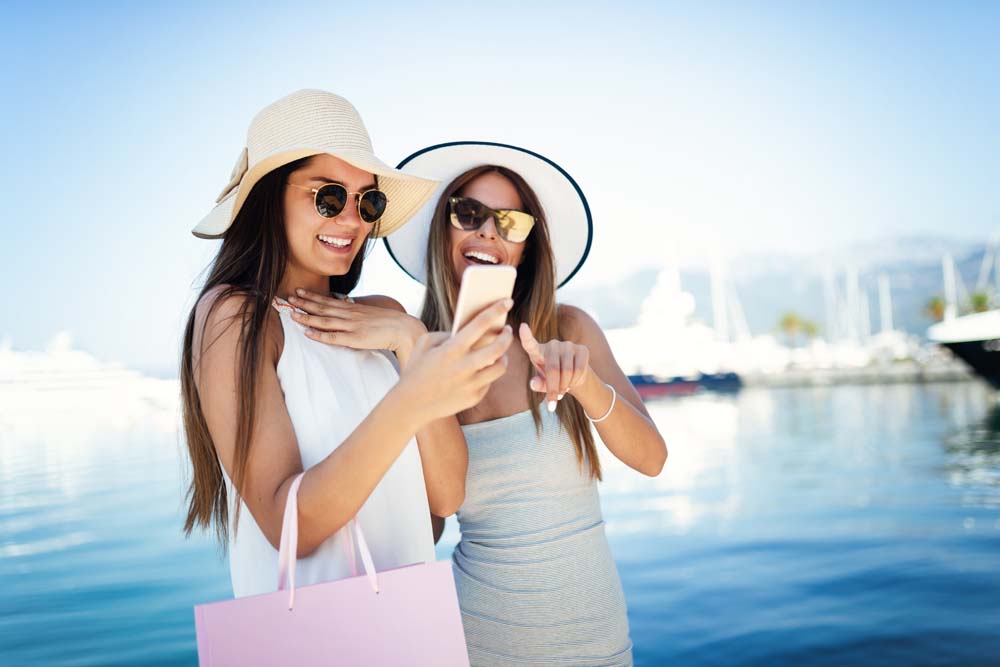 As one of the contributors on this blog, I’m actually the CEO of a rich people dating app. Today my mission is to show you how the wealthy operate, so that you will know what to expect when you are dating the rich.

We conducted a survey on our rich people dating app and asked 200 rich men and rich women how they manage their time. The conclusion is clear: the rich spend their time consciously.

In contrast, members on the rich people dating app understand time management because time is very important to them.

When something is important to you, you will learn how to take care of it. Period.

I know a member of our rich people dating app – he is a published author who never reads reviews on Amazon.

“Why don’t you read reviews on Amazon? Don’t you want to see some feedback from readers?” I asked him curiously.

“The book is already out there. It’s been published. There is no point in reading reviews online. I’d better spend more time marketing this book and preparing for my next big project,” says this author on the wealthy people dating app, “Reading reviews on Amazon won’t bring me revenue, but marketing this book and preparing for the next project will.”

That blew my mind. He is saying only the numbers at the end of each month matter; the rest doesn’t even matter.

This guy understands the value of his time. He knows that using his time in the most effective way will bring him profit.

“Most creative entrepreneurs, content writers and public figures who are actually successful have a kind of special power – they never think too much about negative reviews,” this guy advises, “Yet most people would overanalyze the negative criticism written by someone they don’t even know. And that’s the difference between a successful person and a mediocre person.”

Obviously, this wealthy people dating app has taught me something more than dating and relationships.

Always dig the well before you are thirsty. That’s my motto in love, business and life.

“I joined a women’s networking organization many years ago. At that time, my career was very good. I didn’t need anything from those women,” says this rich lady, “Several years later, the thriving company that I was working for was shut down, so I was looking for another job. Because of these relationships that I’d built, I found a fantastic job quickly.”

This rich woman currently makes a healthy six-figure income in Maine, which is pretty good .

By contrast, unsuccessful people see relationships as transactions, i.e. when they need something from someone, they build the relationship.

Some people told me that when they went to free networking events, they always met the poor and the unemployed who were looking for jobs.

Further examination reveals that free networking events are usually full of people who don’t even have jobs (because it’s free).

Yet upscale networking events which require participants to pay fees usually attract rich people, according to our members on the rich people dating app.

“I met most of my close friends when I attended expensive leadership coaching events and upmarket training programs,” says a user of the wealthy people dating app, “If someone can afford to pay $6,000 to attend a conference like that, they must be rich. As these people and I have the same interests and hobbies, we become friends very easily.”

That’s why and how the rich tend to meet the rich anyway.

Now you understand why wealthy people dating apps aren’t free – the price is a natural and organic filter.

Please note that our schools taught us the wrong subjects. When I look back, I realize that the majority of the knowledge that I learned at school was quite useless. However, books that I’ve read after graduation have brought me many more benefits.

Last week, I was catching up with several members of our rich people dating app. These rich men and rich women have something in common – they all studied personal finances very seriously, even though they never learned this subject at school.

“The mainstream society doesn’t want us to know finances too well,” says a wealthy member from the rich people dating app, “Only the elite of the society truly understand the importance of learning personal finances because knowledge is power .”

I would argue that knowledge itself isn’t power; implementation of knowledge is true power.

Another member of our rich people dating app says he discovered the magic of learning personal finances when he was only 15 years old.

“When I was 15 years old, my parents were going through a divorce. At that time, my mom had to learn how to manage her money because my dad was managing the finances in the household all the time,” says this rich member, “So my mom was reading books such as Robert Kiyosaki’s Rich Dad, Poor Dad. And I was reading the same books as well.”

Basically, his parents’ divorce gave him financial education accidentally. He wouldn’t become a wealthy guy if his parents are still married.

A rich woman on the wealthy people dating app has kindly shared her story, too. “I went onto a cruise ship for Christmas 2007 and I met the most amazing couple on the ship. They introduced the concept of investing to me,” says this wealthy woman, “At that time, I was doing okay financially, but I wouldn’t say I was already rich. Anyway, I only have peak social experiences several times a year, so I would like to make each experience the best. That’s why I went onto a cruise ship which was something only the rich would do at that time.”

So, she met a rich couple on the cruise ship and learned investing from them. That couple recommended investing books such as Martin Roth’s Top Stocks series to her. Therefore, this woman has become very rich now.

By the way, dating coach Todd Valentine is also a finance guru. He actually published several YouTube videos about personal finances when he was younger. Here is how he learned investing:

Todd Valentine buys many books on investing. When he is reading a good book about investing, he would look up each new term in the book on Wikipedia and actually understand the meaning of the terminology.

Instead of consuming content fast, Todd tends to read a page and stop to think for an hour (thinking about the implementation). That’s why sometimes it takes him more than one month to finish reading a book.

“I read some very good books more than once. I’ll never be done with those books,” says Todd, “But some books aren’t very good, so I rarely look at them. I just let them sit on the coffee table at home.”

A member of our rich people dating app told me that he spends $25,000 per year on going out. That sounds insane to most people. But please let him explain.

“I make $250,000 per year and I have a budget for everything I need and things I want. Also, each month, I spend a few hours looking at my finances and of course I pay myself first by saving money,” says this rich guy, “Basically, 10% of my income is my play money. For me, play means going out for drinks, dinners and parties.”

For this wealthy guy, going out is an important part of his life because he actually met most of his important business contacts in this way. That is to say, spending money on going out is definitely an investment in his career.

Wow. I really like his insight. Now he spends $25,000 per year going out, but he has good reasons for that: 1) he is building more meaningful relationships with highly successful people and these people actually add value to his life in the long term; 2) he genuinely loves going out – it’s important to his mental health.

Meanwhile, this rich man doesn’t spend money on Netflix, magazines, newspapers, watches, etc. He doesn’t even watch TV at night. He knows what he values and what he doesn’t. 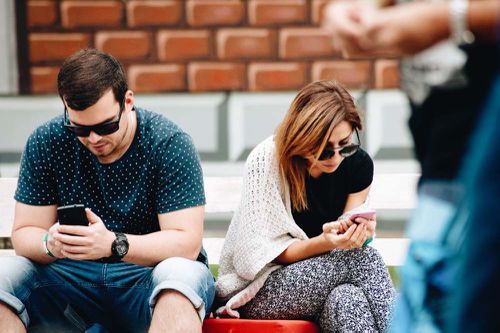 Many ambitious and switched-on people have joined entrepreneur dating apps in order to find love on the Internet – are you one of these attractive singles?

Trying to find a Sugar Daddy online? Here you will succeed! Easy to chat, easy to meet. Become his sweetheart in just a few steps! We’ll guide you to a luxury life in a best man’s company. 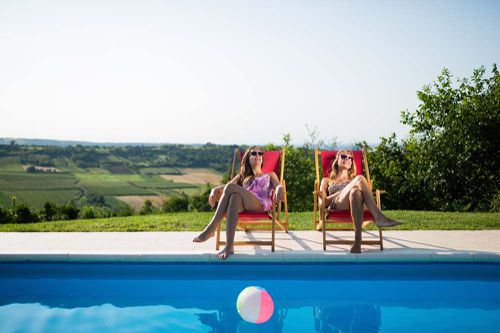 Many sugar babies don’t have the confidence to approach rich men on sugar dating apps, so this article shows you how to improve this area of your life. 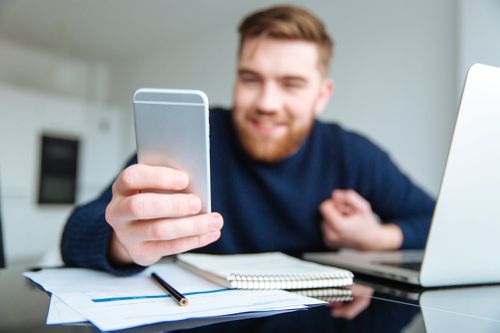 Harry, a successful executive, met Lily (a hot woman) on an upper-class dating app & here is their stories told by themselves.

In this article, Harry and Lily talked on thewealthy dating app and arranged a date, but that was after they already had an office romance. 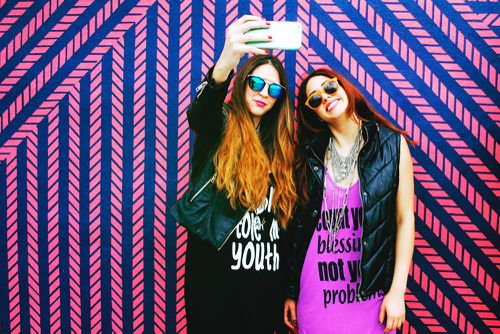